Russia bans Hollywood Oscar-winning actor Sean Penn and actor Ben Stiller for life. They can never enter Russia. Apart from the two actors, Russia also banned 23 other US citizens. The matter was informed in a statement of the Ministry of Foreign Affairs of Russia on Monday.
The move comes in response to the Biden administration’s personal sanctions against Russian nationals, the statement said. The American citizens whose names are on the list will be on Russia’s ‘stop list’, the statement said.
Stiller and Penn sided with Ukraine amid the ongoing Russia-Ukraine war. Stiller serves as a Goodwill Ambassador for the United Nations High Commissioner for Refugees. In June, he met Ukrainian President Volodymyr Zelensky. He also met Ukrainians who were forced to flee their homes due to Russian aggression.

Stiller posted a video on Instagram and said, ‘Meet people who have been affected by this war. I heard how the war changed their lives. War and violence are destroying people all over the world. No one wants to run away from their home. It is everyone’s right to seek security.

On the other hand, Oscar-winning actor Sean Penn has made a documentary about Russia’s attack on Ukraine. Met with President of Ukraine Volodymyr Zelensky and Deputy Prime Minister Irina Verechuk. He also spoke to the media and military officials of that country to gather information about the Russian attack. Also, in April, the star said he was considering taking up arms against Russia. 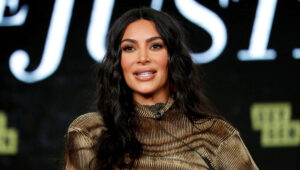