Star kid Sara Tendulkar regularly posts various pictures and videos of her outings on Instagram. That’s why he is quite popular on social media.

Sara was caught on camera on the streets of Mumbai on Friday (July 29). She looked pretty in a white top and black leggings.

Ever since Sara’s picture went viral, netizens started making negative comments about her one after another. Many people started accusing him of nepotism.

Some have also brought up the topic of his father and cricketer Sachin Tendulkar in the comment section.

In the video, Sara Tendulkar is seen wearing a white top and black leggings. Her long hair was also open. He smiled at the photographers and then entered the residence.

Ever since the video went viral, Sara Tendulkar started getting trolled very badly in the net world. Some call her ‘Aunty’, some call her ‘Momo’. 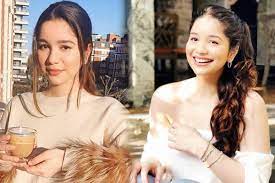 One even addressed him as ‘Nepali’. Some even started commenting by dragging Shubman Gill in the comment section.

It does not end here. After watching the video, one wrote in the comment section of Instagram, ‘Not beautiful at all. Sachin Tendulkar’s daughter is just fair.

And that’s why he is so popular.’ One wrote again, ‘Poyse ka kamal babu bhaiya.’ A third netizen wrote, ‘Yeh to aunty he goyi.’

Sachin Tendulkar is one of the all-time greats of Indian cricket and world cricket. Due to such stardom, her children are also always in the spotlight.

Previously, the netizens did not stop trolling Sachin’s son Arjun Tendulkar. In fact, Mumbai Indians performed quite poorly this season.

That’s why the Mumbai management gave a chance to almost every young cricketer in the team. But Arjun did not stay there either. Mumbai Indians bought Arjun for 30 lakh rupees.🔱