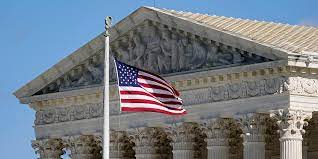 The Supreme Court declared Monday it will conclude whether the utilization of race in the confirmations cycle at Harvard University and the University of North Carolina disregards social equality regulation and the Constitution, restoring a dubious lawful discussion over governmental policy regarding minorities in society that has been a very long time really taking shape.

The choice to hear the two cases puts the combative issue of whether colleges might think about race while tolerating understudies under the watchful eye of the great court interestingly beginning around 2016. Harvard recognizes considering race in its confirmations interaction however says it does as such as one of a few elements – a methodology that is reliable with the current legitimate norm.

The high court didn’t say when it will consider the governmental policy regarding minorities in society suits, yet given the quantity of cases previously lined up for contention this year, there’s a decent opportunity the judges won’t take the matter up until its next term, which starts in October.

Colleges, for example, Harvard have depended on past Supreme Court choices that permit them to consider race as one component in their confirmations interaction. The high court has decided that schools have an interest in advancing a different understudy body.

Beth Keith, a representative for UNC-Chapel Hill, said that the college’s interaction is steady with long-standing Supreme Court point of reference and takes into account an assessment of every understudy in an intentional and smart manner.