The death toll from floods and landslides in the Indian states of Assam and Meghalaya has risen to 42. NDTV has given this information in a report.

At least 3 million people have been affected by the floods. The total number of deaths this week due to floods is 24 in Assam and 18 in Meghalaya.

Prime Minister Narendra Modi has assured all possible assistance from the Center to control the situation.

Due to the continuous rains of the last few days, the water of the rivers of Assam-Meghalaya is flowing over the danger zone. Water has infiltrated the locality and disrupted public life.

Water is waist-deep in many houses. Banavasi people are running towards the shelter without finding a way. Army assistance has been sought to deal with the situation.

At least 10,000 people have  left homeless in Tripura due to incessant rains since Friday, an official said.

This is the third highest rainfall in the last 60 years in Agartala, according to various government sources. All educational institutions in the city have closed due to the floods. Maosinram and Cherrapunji in Meghalaya also saw the highest rainfall since 1940, officials said. Meghalaya Chief Minister Conrad Sangma has announced compensation of Rs 4 lakh to the families of the flood victims.

According to NDTV, more than 4,000 villages in Assam have inundated by the floods. In the meantime, one lakh 56 thousand people have taken to the shelter.

Meanwhile, a rescue boat carrying 24 passengers sank in the flood-hit Hojai district of Assam. Although 21 of them rescued, 3 children could not be found, officials said.

Extreme levels of flood danger announced in Assam, India. So far 54 deaths have reported. About 20 lakh residents of 28 districts have  flooded.

3 thousand villages have  submerged. The situation has also deteriorated in Meghalaya. The water of these two states is flowing into Sylhet and Sunamganj of Bangladesh.

The flood situation in Assam and Meghalaya is having a devastating effect on Bangladesh. Sylhet and Sunamganj in Bangladesh have washed away by the floods.🔱 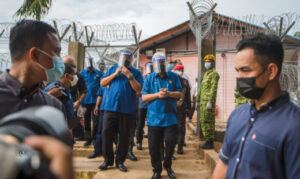 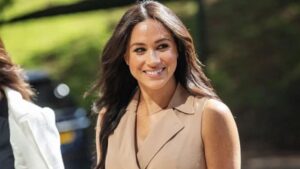 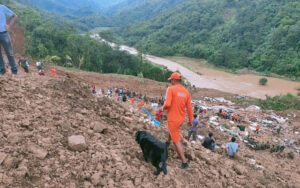