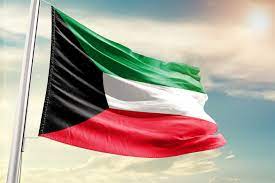 The private sector recruitment market is getting more competitive, with hiring picking up as the extra unemployment benefits expire. The number of unemployed people in America has fallen to 6.7 million from its peak at 10.4 million during the recession – that’s still 5% of the workforce looking for work and struggling to find it because they are out of luck or out-skilled by their competition.

This is the reason that many of them are turning to an option like artificial intelligence (AI) recruitment software, which has its pros and cons, but it seems like the ideal solution for most. After all, why not advertise jobs via AI instead of hiring a staff member to do it when they can easily manage everything online? With this in mind, which AI tools are the most promising for this?

The answer might be surprising. The job review site Glassdoor has a new study out that lists the top five “AI” recruiters as simple web-based services rather than the usual technological giants like IBM Watson.

Glassdoor’s results were determined by looking at the number of companies that have used these apps, the number of reviews they’ve received and the average satisfaction rating. They consisted of CareerBuilder, which has a free version as well as an expensive one; Hired, which is available for high-tech candidates only; Indeed Prime, which is for tech company employees only; ZipRecruiter, which allows users to post jobs on multiple other sites; and WayUp, which has a lot of millennials. CareerBuilder and Indeed got the highest rating, at 4.3 out of 5 stars.

Before they were acquired by Recruit Co., they started off as online human resource firms that expanded into AI recruitment tools when it became clear most companies were using them to handle online postings. It’s important to note that the AI services aren’t meant for all jobs, so checking with your companies hiring policies before trying these out wouldn’t hurt.

Some of them are also used by multiple companies at once (e.g., ZipRecruiter) and other focus on certain industries only (e.g. Wayup). It’s amazing to see the rapid growth of these companies in this market, as they are now making it easier for everyone to post their resumes online.

Glassdoor also noted that these apps are allowing employers to better customize their job posts so they recruit almost exclusively top talent rather than wasting time on people who aren’t interested.

As for the cons, most employees are worried about their privacy in an age when big companies like Facebook and Google are under fire for how much data they’ve been taking from online users. This is another reason why many people aren’t sure if AI will ever be able to replace real humans when it comes to hiring decisions.

On the other hand, it could be just a matter of time before we see technology that gives us more control over who sees what and how much data is stored about us when we use these apps. But until then, this is yet another reminder why everyone should be careful when sharing their personal information online.