The income of the clubs decreased significantly due to the closure of the game.

FIFA’s instructions have come as poison on God. Fifa’s decision also closed the way to earn money by selling players.

The club’s chief executive, Sergei Palkin, told the BBC that FIFA’s reckless and unfair order had forced them to take the decision.

He said, ‘This order means we will continue to lose significant revenue from the contracts we had planned to terminate.

At the same time, we would like to point out that the clubs in Ukraine are already facing a difficult situation due to the war, and FIFA has not shown enough respect for the clubs there.

He also claimed that football’s governing body did not try to protect Ukrainian clubs in the wake of the war, nor did they even consult with the clubs before making the decision. 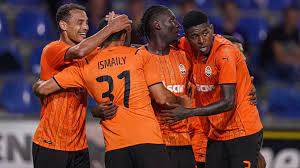 He said in this regard, ‘FIFA did not want to protect the clubs and did not consult us to find a solution at any stage.

“They (FIFA) seem to have ignored the dangerous situation that Ukrainian football clubs have been facing since the start of the war.”

On June 21, FIFA said in their ruling that foreign players and coaches can suspend their contracts with clubs until June 30, 2023, if Ukrainian clubs fail to reach new contracts with players by June 30.

Four players have left Shakhtar after their contracts were suspended following FIFA’s order. The club claims that they have lost a significant amount of money.

Demanding to get the letter given to the sports court, the BBC reported that the club playing in the Champions League has lost the opportunity to earn 50 million euros due to the transfer of four foreign players due to FIFA’s decision. Palkin, the chief executive of the club, mentioned this in the letter.

The total number of foreign players in Shakhtar’s squad is 14. The idea of ​​the club was to compensate the financial loss by selling some of these foreigners in this team change.

But after FIFA’s announcement, clubs given just a week to sign new contracts with players. Taking advantage of this opportunity,

players’ agents and enthusiastic clubs waited until the deadline. This is the claim of the 14-time champion of the Ukrainian League.🔱