Singara is one of the aspects of tea and breakfast in the city life. A quarrel with the shopkeeper over why the price of that singer was increased.

Then he committed suicide by pouring petrol on himself and setting himself on fire. The incident took place in Anuppur, Madhya Pradesh, India.

It is learned that Bajru Jaiswal, a young man in his thirties, went to buy Singara at a women’s shop called Kanchan Sahu with friends.

The shopkeeper demanded 20 rupees to buy two Singaras and pay the price.

Bajru claims that the last time he bought Singara was for seven and a half rupees. The shopkeeper then informed him that he had increased the price of Singara to increase the price of raw material.

The two started quarreling over the matter. Witnesses said that at one stage of the quarrel, 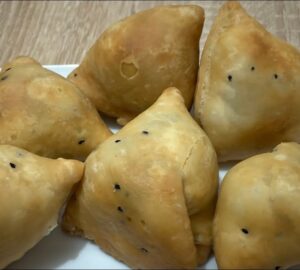 the young man tried to commit suicide by pouring petrol on himself and setting himself on fire.

Bajru succumbed to his injuries after being hospitalized for two days. However, before he died,

he claimed that the shopkeeper and a policeman had set him on fire.

A video spread through social media showed Bajru alleging that the shop had set him on fire.

He also brought a charge of beating against a policeman.

However, Sub-Divisional Police Officer Ashish Bhandare said that eyewitnesses said that Bajru had poured petrol on himself and set himself on fire.

After only 2days he died at the hospital. We have started an investigation into the matter.