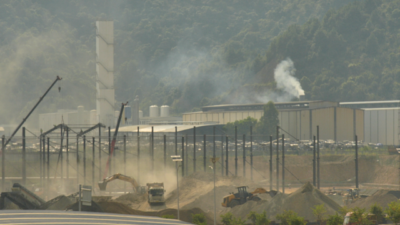 China is the world’s leading steel producer, and for good reason. Steel production has been a crucial part of China’s booming economy for years now, with many of Beijing’s buildings and skyscrapers constructed from Chinese-made steel. While it is expected that these buildings will last decades on end, the way they are produced may not be as sustainable as we thought. This blog post follows climate change expert Kevin Anderson as he travels to Beijing to investigate the effects of China’s steel addiction on its citizens and environment what can we learn from this

You can also visit our blog to read more about climate change and the steel industry.

When I first started at the University of Manchester in 1991, my supervisor Mike Tomlinson was in his third year of a four-year professorship term in Meteorology, and he had recently taken an interest in China’s environmental issues as a new direction for his research. I want you to work with me on this, he said, and so I did. We worked hard for the next 15 years on Chinese environmental topics, though my graduate student work was split between energy and climate change with some health issues thrown in.

My first experience of China was as part of a three man team from the UK that visited Beijing and, later Shanghai, to assist Chinese research universities with their environmental research projects. I spent a number of weeks in Beijing talking with a wide range of people interested in conservation issues, and had my first encounter with an industry-commissioned delegation of British scientists there to talk about climate change.

This was an early sign of the global power shifts that were occurring as China began to flex its financial muscles.

In 2001 or 2002, I recall a government official from northern China visiting Manchester for a couple of days, and then attending the European Geophysical Union meeting in Vienna where he explained to Mike and me how polluted Beijing’s air had become.

At the time, much of China’s environmental research was being undertaken by its universities, with little or no connection to government policy or Chinese companies. I recall one senior academic at a leading university in Beijing advising me not to focus too much on the environment as it was not considered important.

But then things began to change very rapidly around 2003-04, and I remember attending a conference in Beijing where many scientists were talking about the global response to climate change. The scientists wanted to understand how China might develop its energy system, and whether such development would cause environmental problems. Prior to this meeting, Chinese academics had rarely considered these issues; but something had changed it was as if they could smell that there might be money in clean energy.

At this meeting, I began to notice how the United States was being blamed for all of China’s environmental issues, and how Western countries were being cast as villains intent on keeping China poor so they could continue to exploit China’s natural resources.