The US is in a difficult situation. China has become one of the most powerful countries in the world, and it’s not afraid to flex its military muscles. Taiwan is an island that China claims as its own territory, but America has long supported Taiwanese independence. This means that if there were ever to be war between China and Taiwan, America would have no choice but to get involved because of the 1979 Taiwan Relations Act (TRA). But what happens when you can’t fight China for Taiwan? What do we do next?

That’s where Taiwan’s submarines have come into play. China has long had a large, expensive military that continues to grow, but the Taiwanese are trying to level out this power gap by arming themselves with mini-subs. But don’t get too excited. These submarines aren’t as capable as you might think.

China has lived in fear of Taiwanese and American sabotage ever since the two countries signed the TRA. The Chinese know that if they were to attack Taiwan, America would likely come to Taiwan’s aid. So China has been spending billions building an Underwater Great Wall, which consists of large nets and wire traps designed to destroy enemy submarines before they can inflict damage on the mainland.

Taiwan, on the other hand, is more of a worrywart than China is. This paranoia goes back to World War II when Japan occupied Taiwan. During this occupation, Taiwanese citizens were forced to help build an intricate tunnel system that could be used for all sorts of unsavory purposes. The Taiwanese people fear that the Chinese might turn these same tunnels into a massive network of secret, easily accessible bases for commandos and saboteurs.

That’s why Taiwan is investing in submarines. They could be used to sneak into the mainland undetected and plant explosives or other weapons in one of China’s sensitive areas . The Chinese know this, and they’ve been making efforts to increase their anti-submarine capabilities.

But let’s be real here: the mini-subs that Taiwan has aren’t going to wreak havoc on China’s navy like Hollywood movies like U-571 would lead you to believe. These submarines are extremely small – some can’t carry more than two people – and they’re almost never equipped with torpedoes. The Taiwanese subs are armed with depth charges and mines, and they’re used to cut off the Chinese Navy’s sea routes. 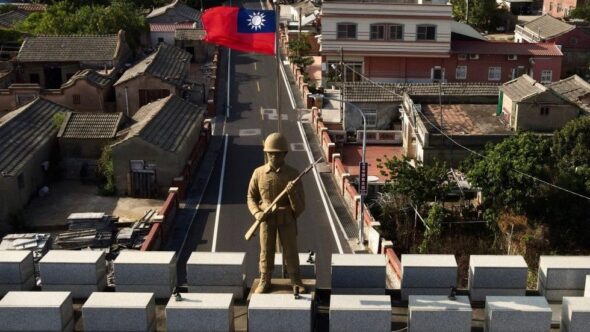 That wouldn’t be too surprising if it weren’t for the fact that most of these subs were purchased from the Netherlands in the late 90s. The Dutch are better known for their windmills than under-the-sea warfare, so these subs are clearly outdated. Many of the Taiwanese subs have been in service since World War II .

This wouldn’t be much of a problem if it weren’t for the fact that China has both attack and cruise submarines armed with torpedoes that can launch nuclear ballistic missiles . China’s subs are capable of carrying up to 24 cruise missiles each, and they can travel as far as 9300 km. This means that China could launch a strike on the US if it wanted to.

Taiwan knows this too. Many Taiwanese politicians have spoken out about how there needs to be an increase in military expenditures to counter China’s growing military might. It’s just that Taiwan hasn’t spent any significant money on submarines because it doesn’t have the technology to create modern subs.

The Taiwanese Navy is trying its best, but it can only do so much with outdated technology and a lack of funding. But while China continues to catch up in terms of naval power, the Taiwanese submarines will continue to be a thorn in China’s side.

Taiwan needs to get on the submarine market, and fast. The Dutch subs are obsolete and I don’t know why they even bought them. Since China is developing its own subs like we talked about , Taiwan absolutely needs to follow suit if they want to stay afloat in the naval world.

But this is just my view, I’m not a military expert or anything so don’t go taking everything here as fact. Just food for thought!

What do you think about this article? Are there any errors which you’d like to point out? Do you know of anything that I might’ve missed? Let me know what you think in the comments below! And if you like what I write then click that follow button or better yet, help me out and contribute to my page! Thanks for reading.