The United States believes Kiev can win the war against Russia if it has the “right equipment,” Pentagon chief Lloyd Austin said on Monday, as strikes on railway infrastructure in the central Ukraine killed at least five. 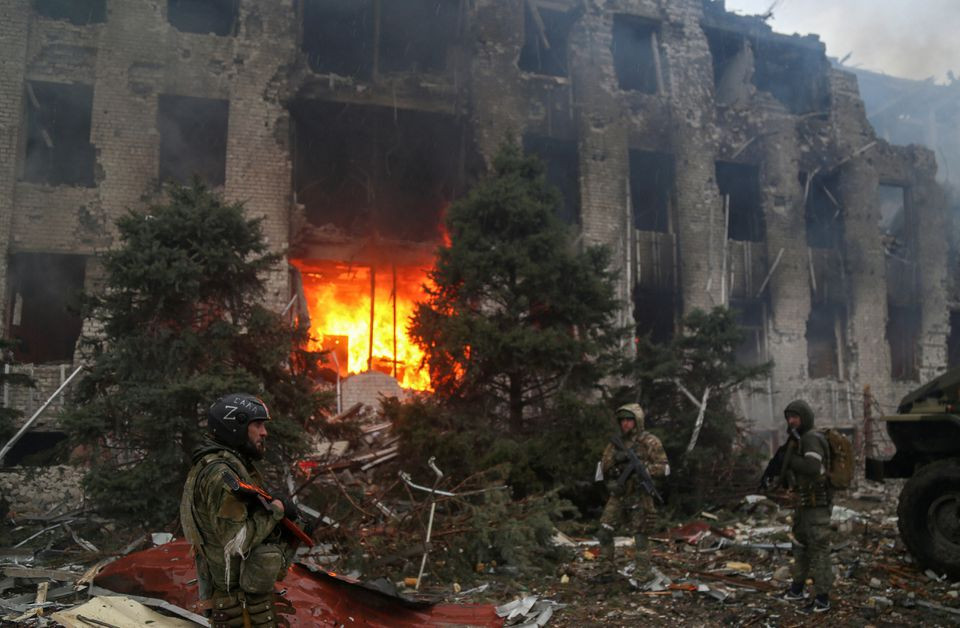 A landmark visit by Austin and Secretary of State Antony Blinken to Ukraine came as the war entered its third month, with thousands killed and millions displaced by the fighting.

The bloody conflict has triggered an outburst of support from Western nations that has seen a deluge of weapons pour into Ukraine to help beat back the Russian invaders.

“The first step in winning is believing that you can win. And so they believe that we can win,” Austin told a group of journalists after he and Blinken met Ukrainian President Volodymyr Zelensky.

“We believe that we can win, they can win if they have the right equipment, the right support.”

The meeting between the two sides lasted three hours and was “very productive and detailed,” according to a Pentagon spokesman, adding that Zelensky was also briefed on a security summit in Germany on Tuesday among Western allies.

Following the talks, Austin said the US hoped the Russian military would be exhausted in Ukraine, preventing it from launching further invasions.

“We want to see Russia weakened to the degree that it can’t do the kinds of things that it has done in invading Ukraine,” said Austin.

For months, Zelensky has been begging for heavy weapons — including artillery and fighter jets — from Western countries, vowing his forces could turn the tide of the war with more firepower.

The calls appear to be resonating now, with a host of Nato countries pledging to provide a range of heavy weapons and equipment to Ukraine, despite protests from Moscow.

Austin and Blinken also said US diplomats will begin a gradual return to Ukraine this week and announced $700 million in additional military aid.

The highly sensitive trip by two of President Joe Biden’s top cabinet members came as fighting continued across swathes of Ukraine, casting a long shadow over Easter celebrations in the largely Orthodox country.