Russia has overtaken Saudi Arabia to become China’s largest importer of fuel oil during the Ukraine war. Last May, China imported about 6.5 million tons of crude oil from Russia.

On the other hand, the country imported about 6 million tons of fuel oil from Saudi Arabia in the same month.

As a result, Beijing has become the largest market for Russian crude oil exports. News Reuters.

the world’s most influential countries, China is no exception.

💨So far, Beijing has not directly condemned the operation.

💨While the West has been imposing one ban on fuel imports from Russia,

China has surpassed all previous records in importing fuel oil from the country.

According to information provided by Chinese Customs, various international media reported on Monday that China imported about 74.2 million tons of crude oil from Russia last month.

The value of which is about 8 and a half million US dollars. 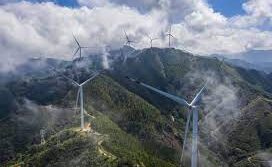 That’s more than 1 billion more than the previous month. Another hand, China imported 620k tons of oil from Saudi Arabia in May.

In the last two months, India has overtaken Germany to occupy the place.

According to a recent report by the Center for Research on Energy and Clean Air,

Russia earned about ১০ 1 trillion by exporting fossil fuels in the first 100 days of the Ukraine war.

China, meanwhile, continues to import oil from Iran despite sanctions.

According to the latest data, Beijing imported more than 2.5 million tons of crude oil from Tehran last month.🔱