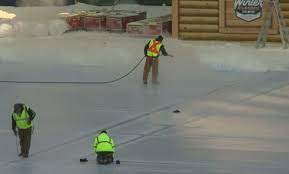 The St. Louis Blues boarded their transport to the game in a diverting group of shorts, Hawaiian shirts and flip-flops, easing up the disposition before the coldest outside game in NHL history.

Jordan Binnington made 29 puts something aside for the Blues, who are 11-1-2 in their last 14 games against the opponent Wild.

Kirill Kaprizov had an objective and two helps for the Wild, who followed 6-2 at the subsequent break and pulled goalie Cam Talbot later 22 recoveries in two periods for Kaapo Kahkonen. Talbot had a lower-body injury, mentor Dean Evason said.

Talbot, who posted an outside shutout for Edmonton in the Heritage Classic in 2016, wore a woodland green stocking cap on top of his veil to match Minnesota’s shirts. He didn’t have a lot of help. The Wild were feeling the loss of their two best defensemen, chief Jared Spurgeon and Jonas Brodin, and permitted 14 shots on objective in every one of the initial two time frames. 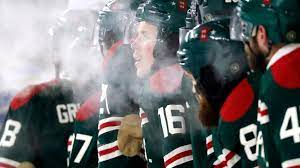 Because of infection flare-ups in different groups, the Wild had four games deferred in the course of the most recent three weeks and had not played in 12 days. They have permitted 22 objectives in their last four games.

The Blues were the more keen group, having beaten Edmonton 4-2 on Wednesday behind an objective and two helps from Kyrou in his return from a four-game nonappearance because of a chest area injury.

Louis in front for great 27 seconds into the second time frame on one more terrible ricochet objective that looked off Hartman.

Pitlick added to the feature reel with his behind-the-net shot that rung off the side of Binnington’s veil to slice the lead to 5-2 late in the subsequent period.