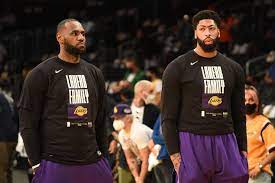 It appeared to be a sparkle: the sort of second the Lakers may think back on as the impetus of a force that lifted them to leave the injury-and sickness stamped slough in which they’ve been soiled for a significant part of the period. All things being equal, it was only a short relief before significantly more ailments—seven Lakers and lead trainer Frank Vogel arrived in the NBA’s wellbeing and security conventions last week—and a huge physical issue. A terrifying impact during Friday’s misfortune to the Timberwolves put Davis on the rack for at minimum the following four to six weeks with a hyper-extended average guarantee tendon in his left knee.

However, they’ll need to arrive first. What’s more given both Davis’ nonattendance and what we’ve seen from L.A. up until this point this season—a 16-15 record heading into Tuesday’s down against the West-driving Suns, a last 10 proficiency differential, and the NBA’s 6th most noticeably terrible offense—that recommendation is getting dicier constantly.

As much regard as the LeBron-AD combo merits and gets, and however much the Lakers have shown looks at being a decent group when solid, they haven’t actually been great or sound for the greater part of this season. The absence of edge for mistake made by that disappointing ambitious beginning may make up for lost time to them: The prescient models at FiveThirtyEight, Basketball-Reference, and ESPN’s Basketball Power Index all presently project them to complete underneath .500, making the end of the season games in less than 50% of their reproductions. 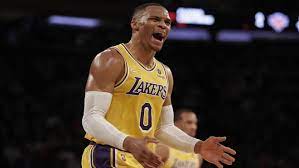 That is the test presently confronting LeBron, Vogel, and the remainder of the Lakers’ mind trust, who need to observe serviceable setups that don’t include Davis—a two-way point of convergence who drives the list in frontcourt contacts per game and fills in as the edge ensuring key part of a protection that is positioned 6th in the NBA in focuses permitted per ownership over the previous month. L.A. has just a single setup without Davis that has logged over 25 minutes this season; for a group that is burned through 16 diverse beginning arrangements in 31 games, and has battled powerfully to blend and match right out of unremarkableness, much more experimentation is coming.

Raised to the top of the seat with Vogel in the conventions, right hand mentor David Fizdale opened Sunday’s matchup against the Bulls—the Lakers’ first game without Davis—with a customary look. DeAndre Jordan, who’d played right out of the beginning setup and to the edges of the pivot, moved once again into the initial five close by James, Ellington on the wing, and Westbrook and Isaiah Thomas in a two-point-monitor backcourt. Yet, later that look delivered only 15 focuses on 16 shots before Jordan looked at with 3:31 to go in the primary quarter—a continuation of the constant hostile burdens that have tormented the Lakers when Jordan has been on the floor this season, and particularly when he’s played with Westbrook—Fizdale never returned to it.