The Chinese smartphone manufacturer Xiaomi has brought a new foldable phone to the global market. This is the company’s second foldable phone, the model of which is Xiaomi Mix Fold 2. Before this last Wednesday, Samsung unveiled its foldable smartphone Galaxy Fold 4 phone.

Market analysts say that Xiaomi has launched new phones to compete with Samsung. Meanwhile, there is a discussion among technology lovers, who will be ahead of the foldable phone.

It has Qualcomm’s powerful Snapdragon 8 Plus Gen 1 chipset for enhanced performance. The 12GB RAM phone has two RAM variants – 256GB and 1TB. 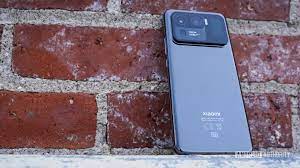