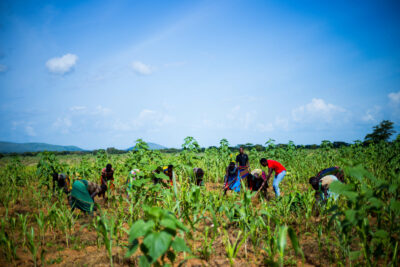 In a recent blog post from the BBC, it was announced that they are seeking to employ young people in order to tell stories about climate change. As an organization that has been around for over 90 years, the BBC is uniquely qualified to take on this responsibility. This job opportunity will allow people between 18 and 25 years old to tell their own stories of how climate change affects them and what they can do about it.

The position seeks to recruit ten budding journalists, who will be paid $154 per week and complete a nine-month training program that will teach them the necessary skills needed to be successful in this new role. Throughout their journey, each candidate will learn how to look for trends and report on them with an unbiased perspective.

Despite this admirable mission, something about this new “Youth Reporter” position has been stirring the pot of controversy. There is an underlying issue that not many people are talking about. To understand why such a fuss is being made over these positions, we need to delve into what the term “climate change” actually means and how it affects us as individuals and as a society.

Every day we are told that climate change is a real and dangerous phenomenon and that we must take action in order to prevent it. The problem with many of the proposed solutions is not only how they will affect us financially, but also on a daily basis emotionally and physically. Our willingness to do the right thing is being thwarted by propaganda and flawed science. 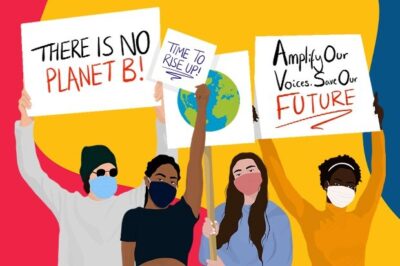 For those of us looking for a comprehensive list of the effects that climate change will have on our lives, I recommend this article from The Heartland institute: Scientific facts about global warming . One of the most interesting things to note in this study is how many scientists now believe that not only is human activity NOT responsible for this “global warming” phenomenon, but that carbon dioxide is actually a GOOD thing.

However, looking at the science of climate change can become very complicated and technical very fast. So let’s try to approach the subject from a different angle: Let’s put a human face on it! Who are some of those faces that are pushing to enact laws regarding climate change? Well, the first person who comes to mind is Al Gore.

He is probably one of the most well known figures working towards alternative energy sources. However, he has been criticized many times for his mishandling of funds and outright lies about scientific data. But let’s not forget another popular figure of the “green movement” that we know as Leonardo DiCaprio.

This Academy Award winning actor has been very vocal about environmental issues and is a huge proponent of alternative energy sources. But he’s also come under criticism for owning five homes and flying all over the world in private jets. So who can we look to for an honest assessment of this state of affairs?

Well, you might be surprised at who that person is. A high school dropout, a former military man and a self-described “economic refugee,” Bjorn Lomborg has been very critical of the proposed climate solutions put forward by our politicians. In his book Cool It: The Skeptical Environmentalist’s Guide to Global Warming , he argues that not only does climate change exist, but that it is NOT the most important issue facing humankind.

Although he believes that our environment is very fragile and must be protected from abuse, Lomborg states that we simply cannot afford to spend the trillions of dollars being proposed. He points out a multitude of factors that need to be considered before we can put a price on the environment.

First of all, Lomborg does not believe that human beings are responsible for what is happening to our global climate. He cites many different sources within the scientific community who argue that the earth has gone through hotter and colder periods in its history, long before humans were around. In fact, numerous studies have shown that certain types of flora and fauna actually flourish under warmer conditions. But more importantly, Lomborg doesn’t believe it is within our power to stop the earth from getting hotter or colder on a global scale.